The legends talk about a time that may be difficult to imagine; about power, heroism, breathtakingly beautiful gold jewellery, and swords with names. But these are all just fairy tales… or are they?
In Västergötland, monuments and archaeological finds bring the fairy tales to life, not least in the area around Lake Hornborga where several of Sweden’s earliest kings and queens were buried in the soil of their forefathers. The riches and power generated by the land around the table mountains, manifested themselves as early as 5,500 years ago when humans began erecting megaliths here, and lasted until late medieval times. When monasteries were first built around the lake, powerful people donated several country estates and farms to them; one of these was Herrtorp, which ended up belonging to the nunnery at Gudhem. More about the interesting history of this area is available below – welcome to a region of fairy-tales. 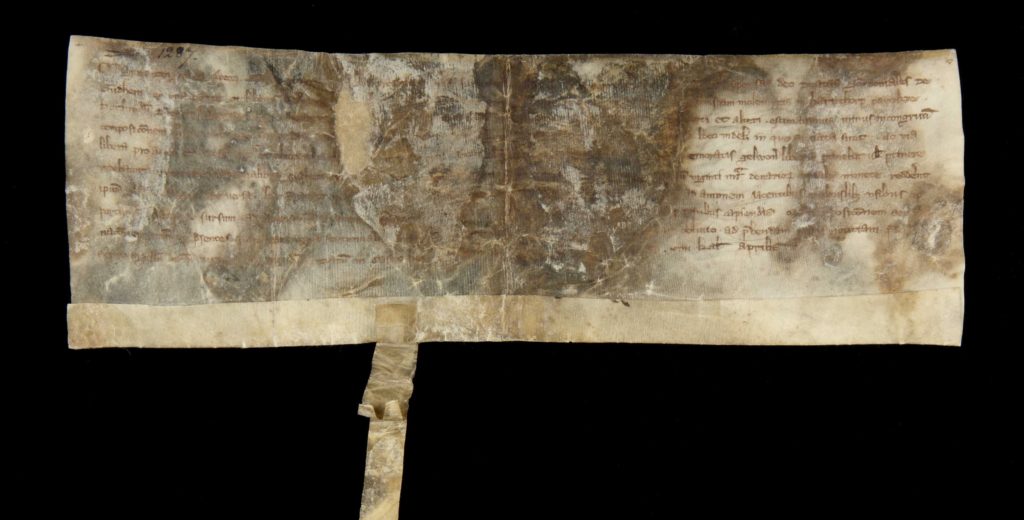 In a letter written in Latin by King Magnus III on the 19th of March 1287, he settles a dispute relating to the Herrtorp Mills between the nuns at Gudhem and the person operating the farm. Until the Lake Hornborga was lowered for the third time in the 1870s there were two waterfalls at Herrtorp, the upper and the lower. A number of small businesses have been run here over the centuries, and a village developed around the waterfalls and these activities. The letter has been preserved by the Swedish National Archives, SDHK 1369. At easy walking distance, southwest of Herrtorp are the ruins of Härlunda Church, beautifully located next to wetlands.
According to folklore, there used to be a sacrificial site and a rune stone here. (Perhaps the 4- metre long rock currently bricked into the church foundation?) The walk takes you past a lovely copse with remarkable stone formations, just before you reach the church ruins if you are heading away from Herrtorp, could this be the ancient sacrificial site? There is no way of knowing how old Herrtorp is, however we do know that this was already a nobleman’s house in medieval times, when it was donated to the nunnery in Gudhem. Based on this and its location by an important waterway, this site was probably already inhabited during the Viking Era, and perhaps even before the Vikings converted to Christianity. 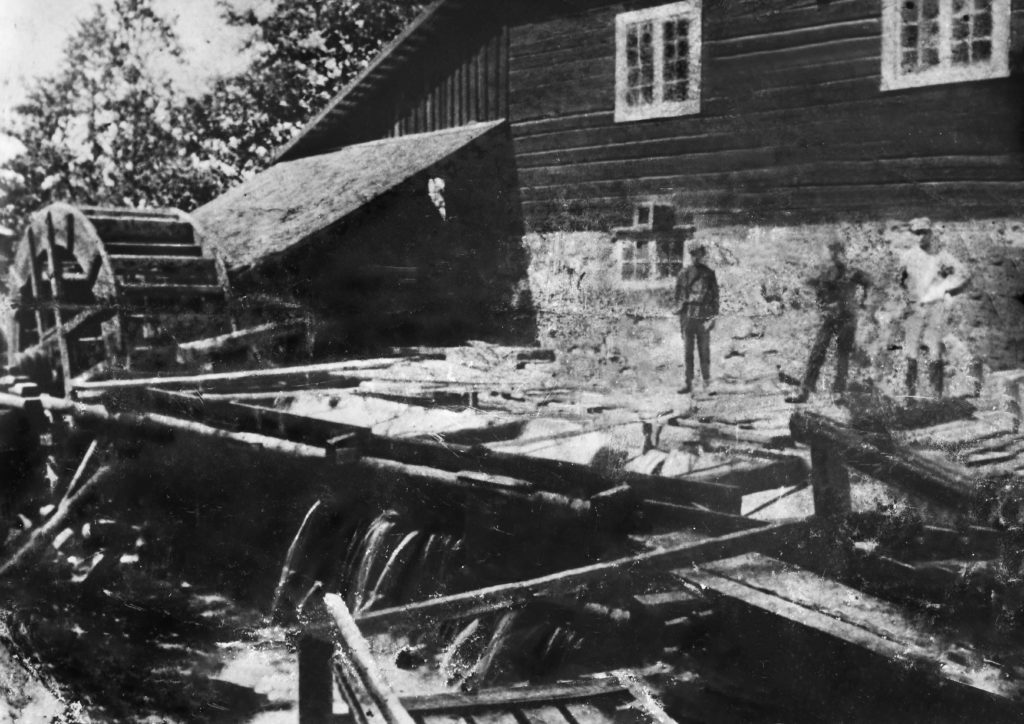 In 1881, a new mill was built by the lower waterfall at Herrtorps Qvarn, as part of the efforts to lower Lake Hornborga. This mill, which is the current one, was named Kristinefors Qvarn, however this name was later forgotten and replaced with the ancient name of Herrtorps Qvarn, by which the mill was known locally. By this time, the nuns at Gudhem had been out of the picture for over 350 years. During the reformation in the 1520s, Herrtorp was placed under the ownership of the state, which meant that it was under the control of the county of Visingsborg and Per Brahe. At this time, Herrtorp was home to the governor of the Hundred of Skånings, but the estate later became the residence of an army captain, under the allotment system used in the 18th and 19th century. The upper waterfall at Herrtorp was bought out by the Lake Lowering Company for Lake Hornborga (Hornborgasjöns sjösänkningsföretag), which lowered the lake five times between 1802 and 1930, to create more arable land. The present-day mill by the lower waterfall was built by the owners of the four large estates around the lake, who were also responsible for the lake lowering operation. Mr Ekberg of Dagsnäs Estate later bought out the rest of the partners, and Herrtorps Qvarn remained under the ownership of his family until the mid-1980s, when the abandoned and derelict mill was given a new lease of life, and started to be turned into what it is today, an inn for people with an interest in nature and culture.


Thingstead of all Geats and Skara

Odin sacrifisies an eye in Mimer´s well to get wisdom